Tim and Jake have an addiction to Taco Bell.   It was bad, but since they've introduced the new Doritos Locos Taco shells, it's gotten worse.    Tacos were a twice monthly meal here, but they kept begging me to find a way to make the shells out of Doritos.       This was as close as I could come, and since I actually remembered to snap a picture this time, I thought I'd pass the idea along here as well  :) 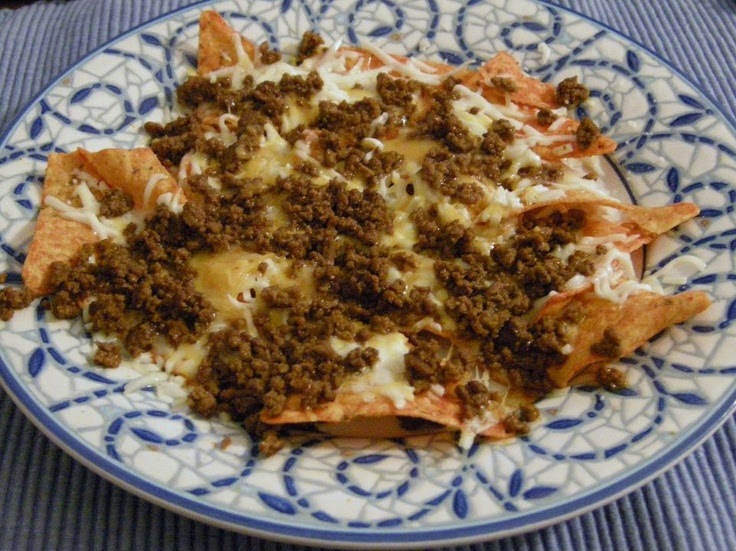 October 16, 2013
I've been making this recipe for over 5 years now.  My guys saw an advertisement from a pizza chain for a Mega Chocolate Chip Cookie and they asked if I could make one. Since I didn't have an ovenproof skillet or pizza pan at the time, I searched the web for one I could do in a cake pan.    I found this recipe on That's So Yummy and it was perfect since I only had 1 egg. This is a great fix for a chocolate chip cookie craving without making a huge batch, scooping dough and then babysitting cookie sheets! Most often I make it with semisweet chocolate chips, but sometimes I switch it up and and use some of the speciality ones that I can't seem to resist buying, like Sea Salt Caramel. Though the directions say to cool it completely, we like ours warm, topped with a scoop of ice cream, sometimes a drizzle of hot fudge sauce.   Yield: 8 Author: Jolene's Recipe Journal Print Recipe With Image Without Image Chocolate Chip Cookie Cake ingredients
5 comments
Read more

Jolene
I started blogging back in 2013 as a way to record recipes that I tried and my family's reactions to them. As the blog has grown, I've met so many amazing, talented fellow bloggers and so many supportive fans. Thank you!