March 10, 2015
I've been trying to clean out my cabinets/pantry for a while now.    I pulled ground beef from the freezer yesterday, and when I checked to see if I had taco seasoning, I found an Old El Paso Hard and Soft Taco dinner kit that had been pushed to the back.    I remembered pinning something that used a hard and soft taco and went to find it.   As usual, I had to deal with my picky people. I am the only one that will eat sour cream, lettuce or tomato, so I set about making myself one of these copycats.

I broke open the kit and realized my mistake, taco shells and tostada shells are not the same  :)  No problem, I just broke the taco shell in half so it lay flat.    Then my second mistake- I'd forgotten the can of nacho cheese.     I hedged my bets and used shredded Mexican cheese blend.     I used a burrito size tortilla for the base, laid down a nice amount of cheese.   Topped it with the taco meat, then the broken shell.   Sour cream, lettuce, tomato.   I topped it with one of small soft tortillas from the dinner kit and folded it according to the directions.    To cook them, I used my Cuisinart Griddler (I know, I need a 12 step program).    I brushed the grates with some butter, threw it in and let it do its thing til it was crispy and golden.

Mine doesn't look like the pictures, but it was delicious.    Thank you so much to Holly at Life in the Lofthouse for sharing the recipe!

(As for the rest of the dinner kit?   I laid out the soft tortillas, added a good amount of shredded cheese and then microwaved them until it was melted.  I pressed it around a hard shell to make them double layered.  Everyone was happy! ) 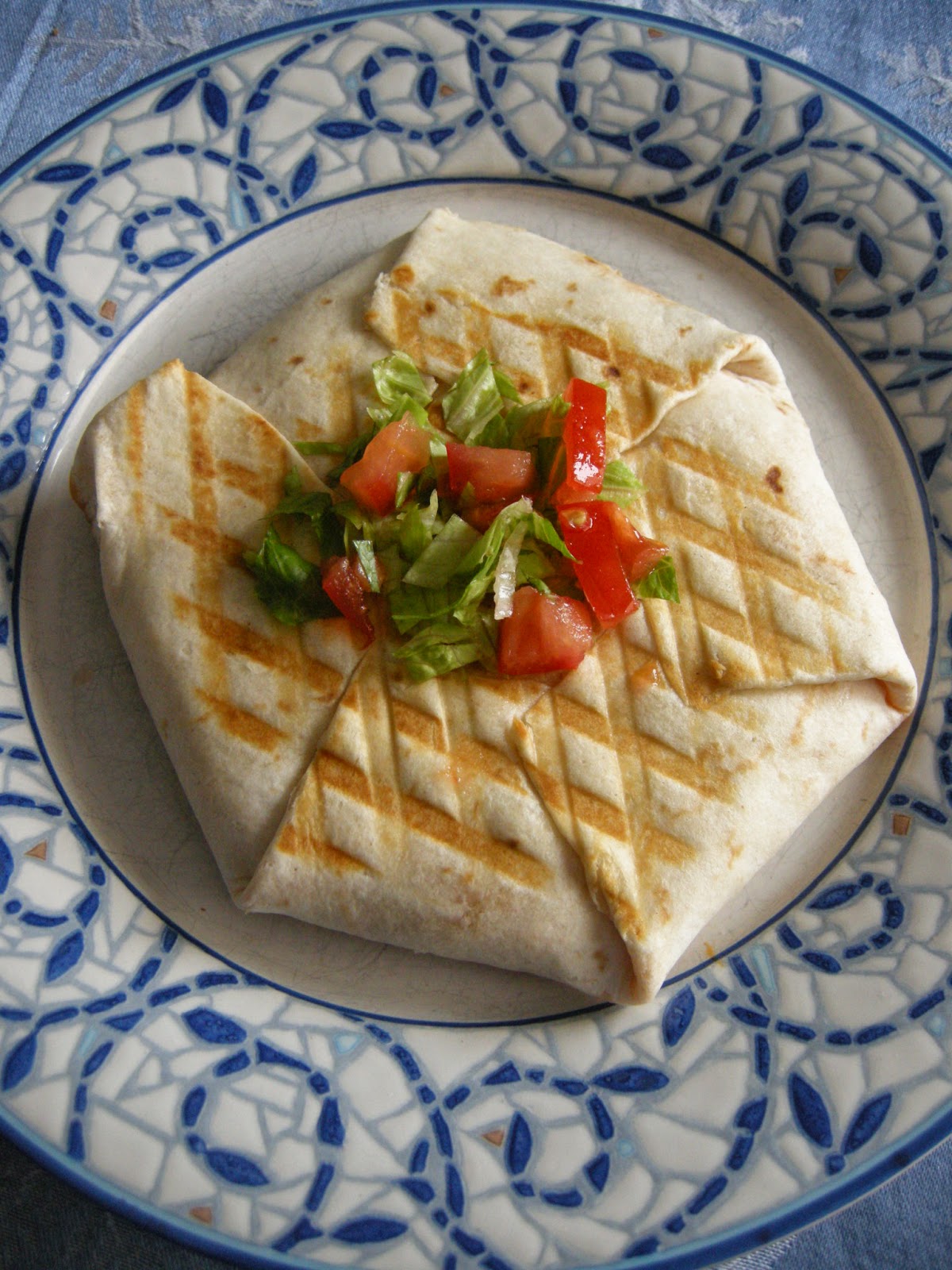 Heat a skillet over medium high heat.   Break up and brown the ground beef until it's no longer pink, then drain.   Add the seasoning and water and cook according to the package instructions.

Place burrito size flour tortillas on a flat surface.  Sprinkle a layer of shredded Mexican cheese in the center.  Add taco meat, about 1/2 cup.    Break hard taco shell in half so it lays flat over the meat.    Top with a layer of sour cream, lettuce and tomato.   Sprinkle with cheese.   Place a soft taco from the kit on top of the cheese.

Fold the burrito sized tortilla up towards the center.   Continue all the way around, pressing lightly.     Preheat the griddle or press.   Brush the surface with butter.    Add wraps and cook until crispy and golden brown. 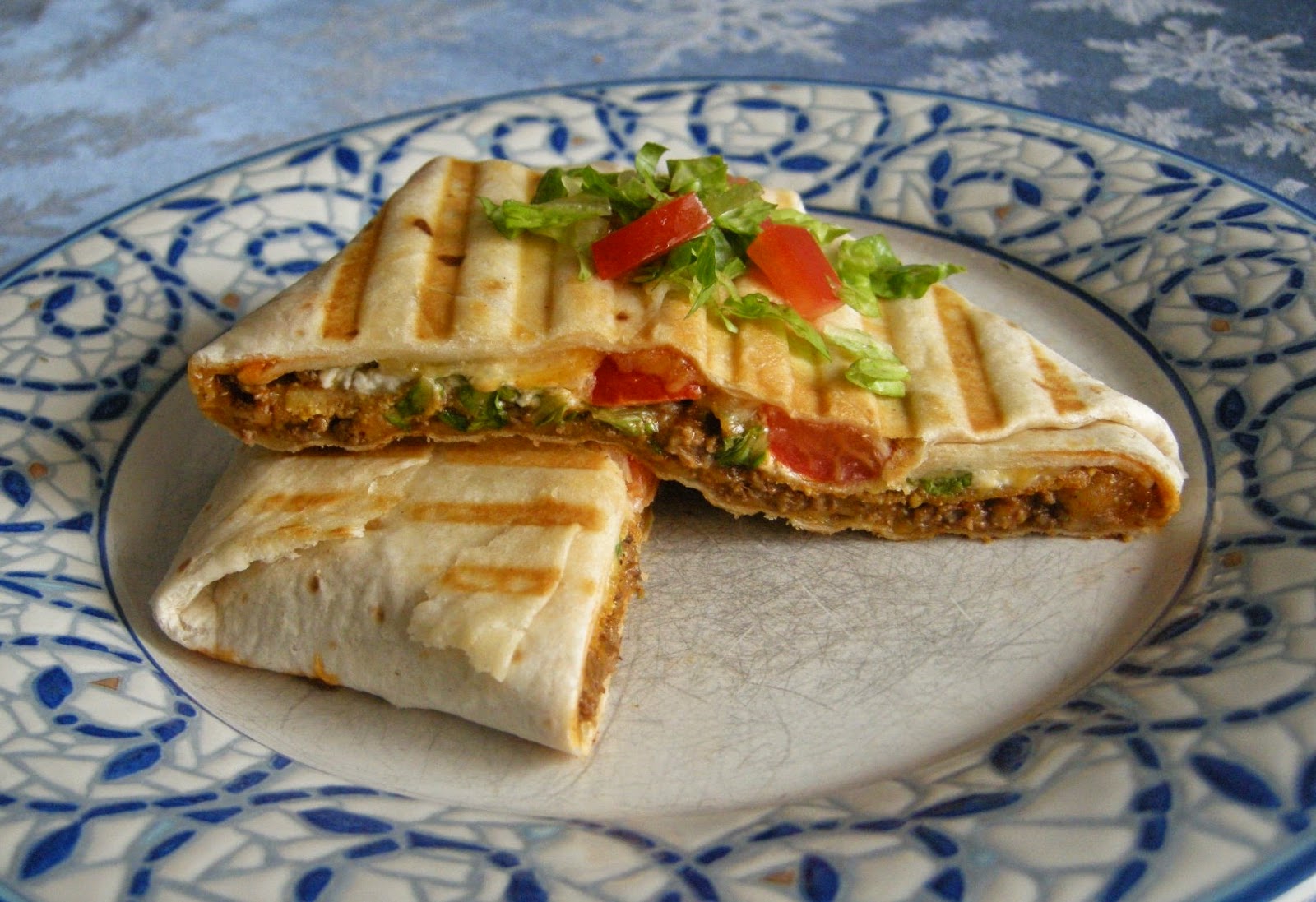