April 02, 2017
Mother nature pulled it's own joke on us here in New England yesterday- plowable snow, so I'm posting this a day late.

First up, the "grilled cheese".  I used a boxed angel food cake mix, baked in 2 loaf pans.  I carefully sliced it after it was completely cooled, and then browned it in the skillet in a little butter.  For the cheese, I warmed a little marshmallow fluff and mixed in orange food coloring.  I made the apple rings using this recipe from Donna via Tasty Kitchen.   I only had veg oil on hand.   I didn't make the Cinnamon cream.

Laid out on the plate- 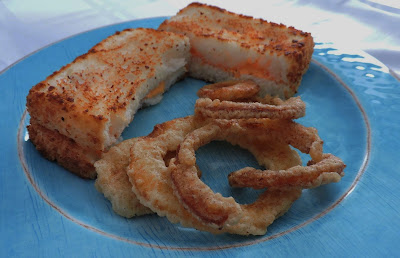 I was photographing some other recipes I'd made, so I invited him to sit with me and have lunch while I took them.  I've had some great success with pranks on Jake in the past, but this time he caught on to me pretty quickly.  He hesitated at the "onion rings", but didn't say anything. 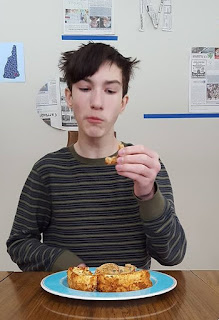 The sandwich "cheese" color was a little off, and of course, it wasn't hot. 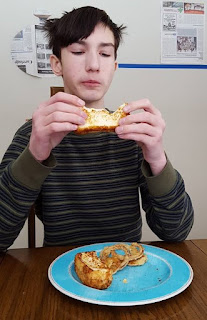 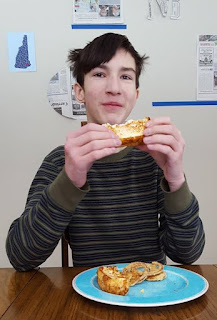 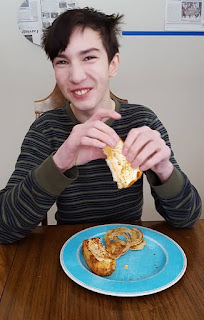 I told him next year, we'll have to team up and prank dad instead  :)