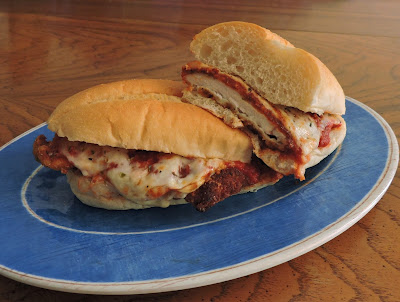 Are you a klutz in the kitchen?  Do you have the best intentions, but then as things get underway it all goes sideways?   Even the best of us can suffer a disaster in the kitchen.   There was the time that I slaved over a double layer pineapple upside down cake and managed to flip it out of the pan and onto the floor instead of the serving plate.  Or the time that I made blackened chicken parmesan...

My husband worked 2nd shift when we were first married and wasn't a fan of leftovers or reheated food.   I used to wait up and make his dinner for him so that it was ready when he got home.    Chicken parm is hands down his favorite meal.  I'd bread and bake the chicken at a normal hour, and then about 15 minutes before he was due home, I'd pop it back in the oven with the sauce and cheese to finish.   I'd had a particularly long day at work, and didn't press the button on the timer.

I dozed off in front of the TV, and woke an hour later to the smoke detector going off.   Turns out, my husband had been required to work overtime, and failed to call and let me know.     The end result was blackened lumps of inedible chicken and a pan that was only saved because I had lined it with foil, and him having a bowl of cereal for dinner.  Luckily, I didn't burn the house down, and after that he was a lot more receptive to eating food reheated in the microwave!

Check out this awesome recipe for Parmesan Chicken Sandwiches, which cook up in a flash and are completely delicious.  I use thin sliced chicken breast, so no pounding.   I hold the salt until after the chicken is fried. Top them with the sauce, cheese and pop them under the broiler to melt it.  Sprinkle a little Italian seasoning on top and you're good to go.

Pound chicken with a meat mallet to 1/2-in. thickness; sprinkle with salt and pepper. Dip chicken in flour to coat both sides; shake off excess. Dip in egg, then in crumb mixture.

In a large skillet, heat oil over medium heat. Add chicken; cook until golden brown and chicken is no longer pink, 4-5 minutes per side. Serve in rolls with provolone cheese and sauce.  (I put mine under broiler to melt cheese) 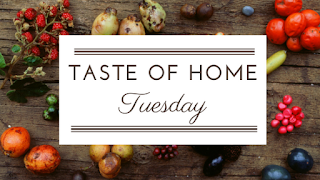 Want to become a Volunteer Field Editor?  Check out the requirements and apply here!

May 08, 2019
I'm one of those people that preparedness makes all of the difference.  If I have easy snack and meal choices ready to go, then I can resist the call of the drive through.  I've been enjoying baked eggs for a while now, usually with sauteed peppers and onion, on top of a whole grain English muffin.  When Dunkin Donuts came out with their new Power Breakfast Sandwich I immediately thought, I can make that at home! I started with the same base baked eggs recipe that I've been using.  I do normally use whole eggs, but for this version to keep it true to the Dunkin Donuts one, I just used the whites.  I sauteed diced bell pepper and onion until they were soft, then let them cool.  I chopped up some baby spinach, discarding the stems.  I had lots of eggs on hand, so I separated them myself, but you could definitely use the store bought egg whites. I beat the egg whites, added a bit of salt and pepper, the veggies, and then poured them into a sprayed muffin top pan .  Bake
5 comments
Read more