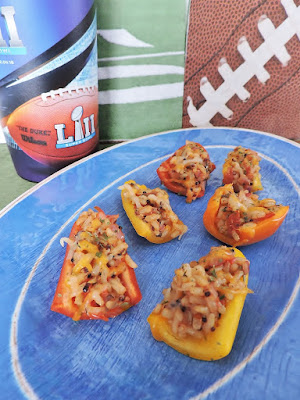 Still working on your menu for the big game?  I've been taste testing recipes over the last few weeks, and I'll definitely be making these Bell Pepper Nachos again.   My guys will be scarfing down crispy cheesy treats, and I didn't want to be left out just because I'm eating healthier.

I made some slight changes, the first was to not use any green peppers, I prefer the red, yellow, and orange.   I used a brown rice and quinoa mix.  I'm not a fan of cilantro, so I used dried parsley. I love that you can pre-prep them and pop them under the broiler at a later time. Thank you so much to Aneta K for sharing the recipe! 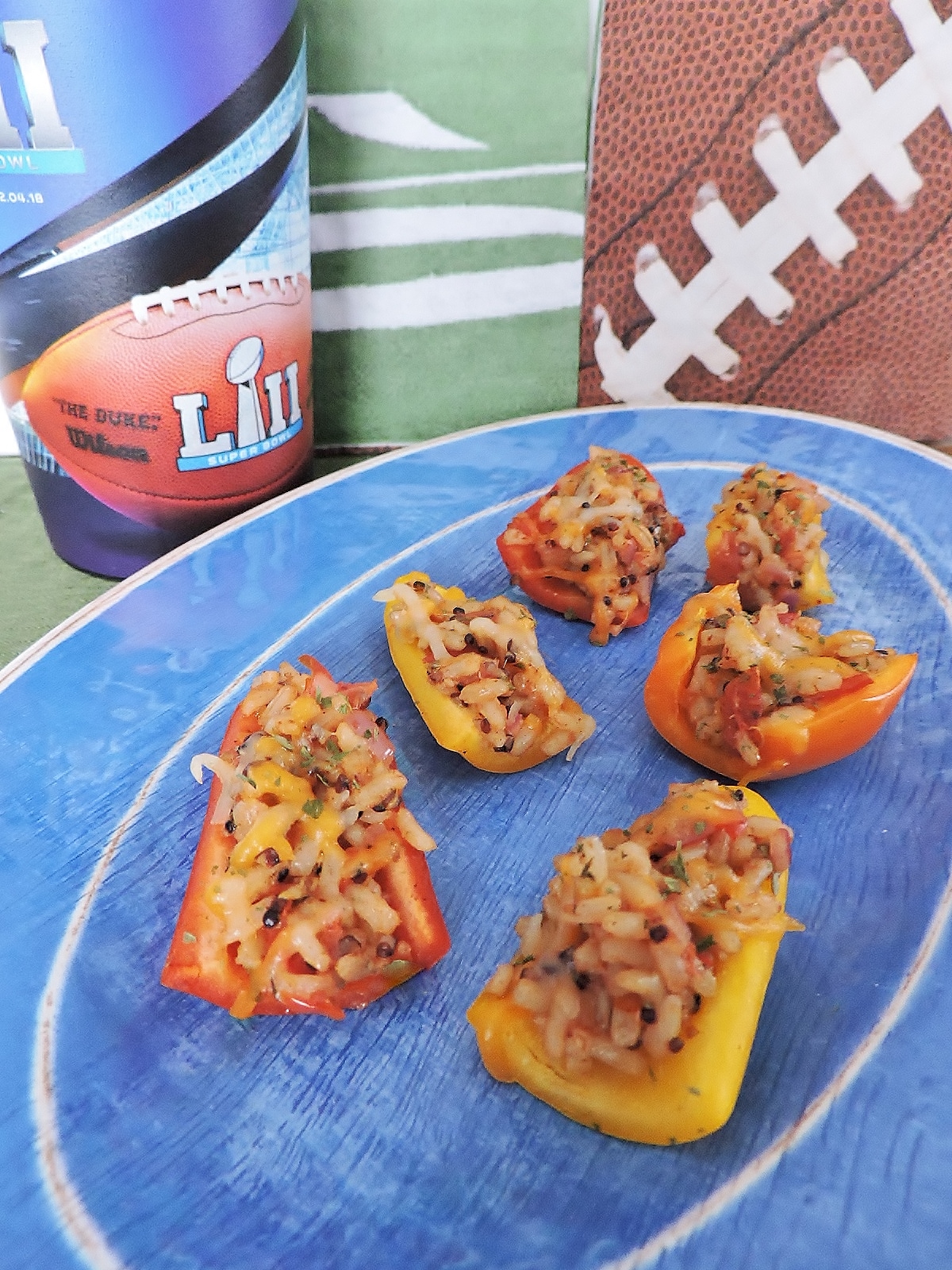 Editor's Note: These appetizers can be assembled ahead of time. Place on baking sheets, cover and refrigerate for up to 8 hours before broiling
Source:https://www.tasteofhome.com/recipes/bell-pepper-nachos
nachos, peppers, rice
Appetizers, Game Day, Snacks, Football Food, Healthy
American
Created using The Recipes Generator 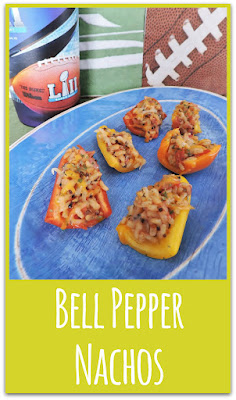