March 25, 2018
In 2015, Camilla at Culinary Adventures of Camilla enlisted her blogging friends to help her celebrate her 15th wedding anniversary by sharing 15 cheesecakes.  The event was a huge hit, and I'm so excited to be a part of it this year for her 18th anniversary! 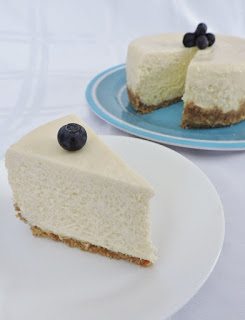 Even though we both love cheesecake, I don't really make it at home often. When I saw this recipe for cheesecake done in a slow cooker, I immediately printed it out. I'm probably the last person on Earth who hasn't jumped on the pressure cooker train yet, I'm still using my CrockPot. I had planned on doubling the recipe and making 3 individual cheesecakes in 4" springforms, but I couldn't find mine.  My large springform wouldn't fit in my oval slow cooker.  I ended up buying a Wilton 6" springform, and I love it.  I've already got several more recipes chosen to make in it. 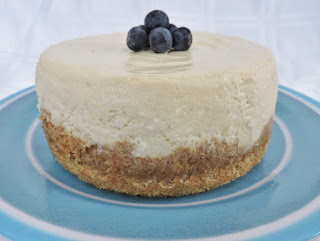 The recipe itself is simple, but you want to make sure that you follow the prep instructions for the pan and the foil "rack" closely.  This keeps your pan watertight and allows it to cook perfectly. I made no changes to the recipe itself, and I used the full 3 teaspoons of vanilla.  Make sure to note that after the cooking and cooling times, this also needs to be refrigerated overnight.   That was the hardest part!

I was thrilled to see that the cheesecake top was completely without cracks, something that I struggle with when I make them in the oven, even using a water bath.  It had a beautiful texture, not super dense, and the flavor was amazing.  You can top it any way you like,  with fresh fruit, pie fillings, chopped candy and chocolate sauce.  The sky's the limit. Thank you so much to Krista L for sharing her recipe!


My husband liked his with slightly warmed blueberry pie filling. 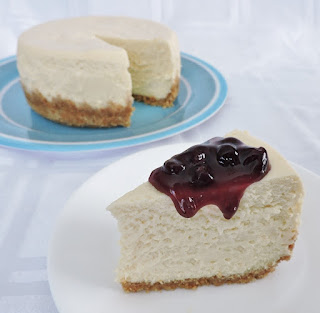 I drizzled mine with some Dark Chocolate Sea Salt Caramel Sauce.  Heaven! 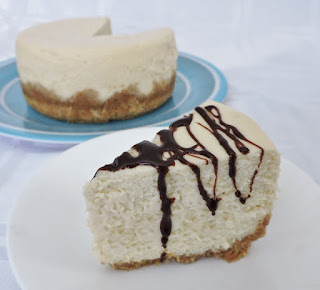 Wishing Camilla and her dear husband a very happy anniversary, and many more years of cheesecakes! Be sure to check out the links to the other recipes below :) 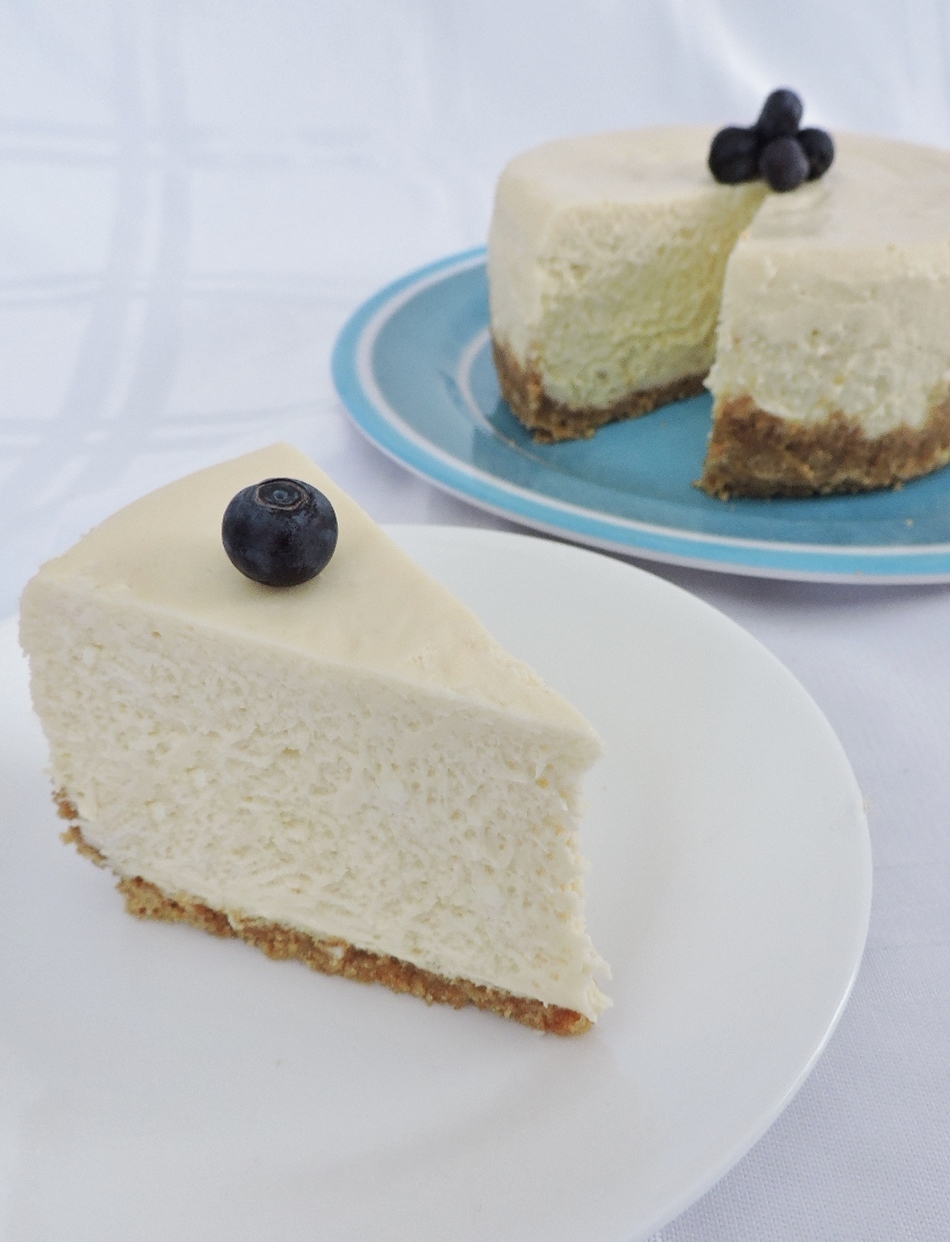 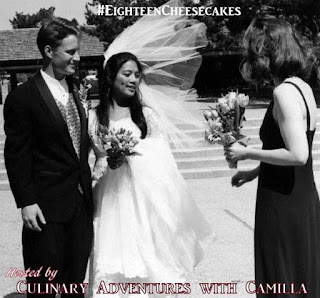 January 05, 2022
I'm a huge fan of the Dunkin Donuts Power Breakfast sandwich, so when I started seeing ads for the new Egg White & Veggie Omelet Bites I stopped in and gave them a try.  They were delicious, but of course, I knew I could make them at home.  I started with the whites of six eggs. You can use pasturized whites if you don't want to do the whole separating, finding a use for the yolks thing.  I beat them up with some salt and pepper. Next up, the tomato and spinach.  I used grape tomatoes, seeded them and then chopped them into 1/4" pieces. I like baby spinach, and I took about 10 leaves and chopped those up into 1/4" pieces as well. I added that to the egg mixture.  When you pour it into the pans, be sure that it all gets evenly distributed.   They bake up pretty quickly, around 9 minutes or so.  Dunkin gives you two egg bites, the mini donut serving size is three. I pop them in ziplocs in the fridge and just pull a bag and reheat them in the microwave for a quick
7 comments
Read more

September 27, 2013
I've been making this Lemon Chicken Rice Soup for over a decade and we love it now as much as we did the first time I made it.  It's a "semi-homemade" recipe that comes together quickly but tastes like you spent all day on it. I start with chicken breast tenderloins chopped into bite sized pieces.  You can use any cut you want, you just want about 1 1/2 pounds. I cook the chicken with a little olive oil and fresh cracked black pepper in a dutch oven until the chicken is no longer pink.   Next up is carrots.  You can use thinly sliced carrots but I like to run mine over the Microplane. They get distributed so much more evenly that way.  I then add a 32oz low sodium chicken broth and cream of chicken soup and stir well. I've admitted in the past, I cannot cook rice, so the Ben's Ready Rice are one of my culinary best friends. I love the Roast Chicken flavor for this! I microwave them for about 60 seconds before adding them into the pot.  Obviously the key to thi
7 comments
Read more