Continuing my quest to replicate some of our restaurant favorites at home I tried my hand at Chinese Scallion Pancakes from Taste of Home. Though they're made from just a few simple ingredients, the method seemed a bit daunting to me. 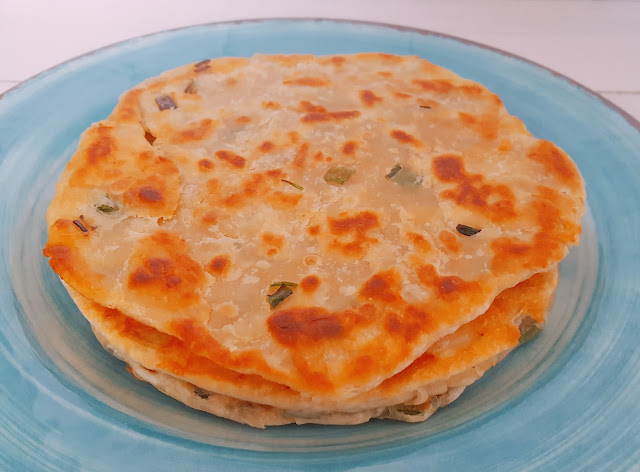 I made it easier a few ways.  First, I mixed the dough in my stand mixer. I got it about 99% there and then I kneaded it by hand for the last little bit.  Letting it rest is crucial, and I think next time I'd give it a full hour. 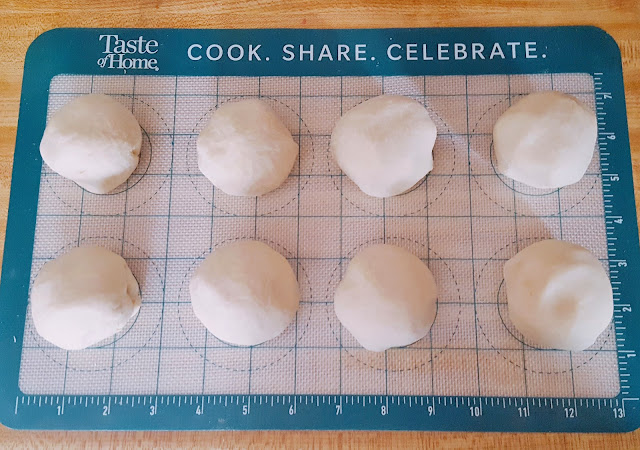 To portion the dough I used a bench scraper.  I cut the ball in half, then the halves in half and so on.  This gave me 8 perfectly equal balls of dough. 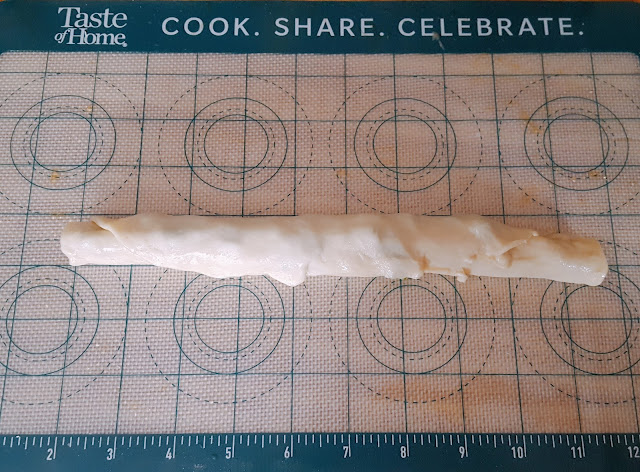 I rolled each ball out on top of my pastry mat which is handy because it has measurements on it.  The first few I used way too much sesame oil, making them slippery and a bit hard to roll up. 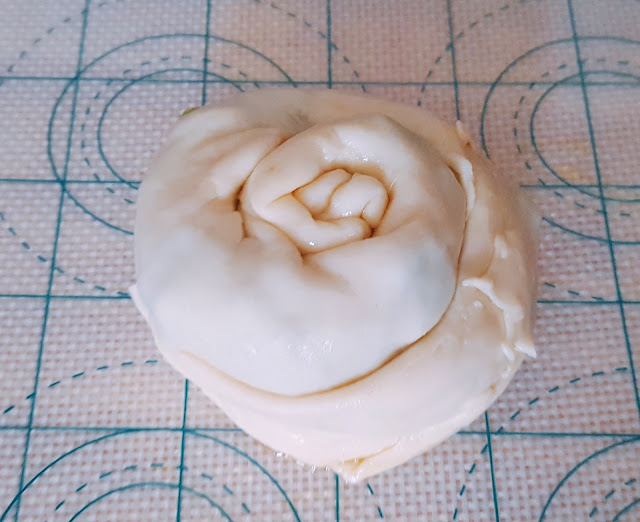 This is where it can get tricky.   You want to roll it into a spiral, pressing the seams.  The spirals are then rolled out to an 8" circle. Pop them one at a time into a hot pan with a little oil and fry them up. 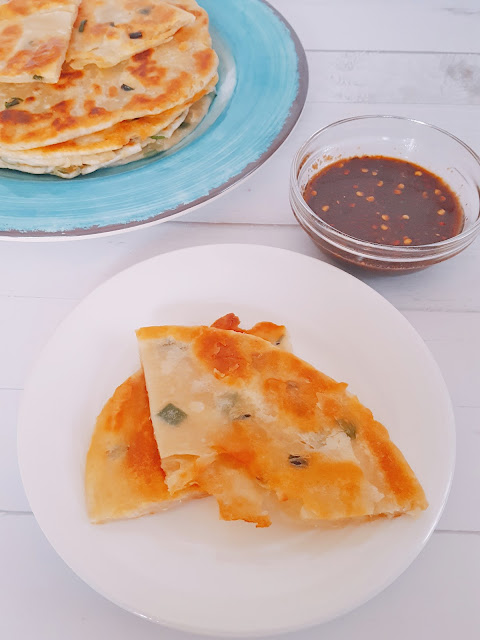 I didn't quite get mine to that measurement, I think because I sliced the scallions too large. Next time I'll definitely make thinner strips or even mince them.  This led to the pancakes being a bit thick and them taking a smidge longer to cook. 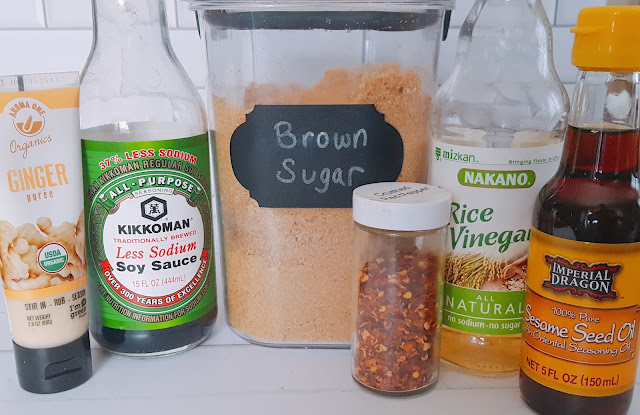 The dipping sauce comes together easy peasy. I used ginger paste, but usually I'd run my ginger root over the Microplane. It's perfectly balanced with sweet and heat.  Thank you so much to Jenni S for sharing her recipe! Maybe I'll give fortune cookies a try next! 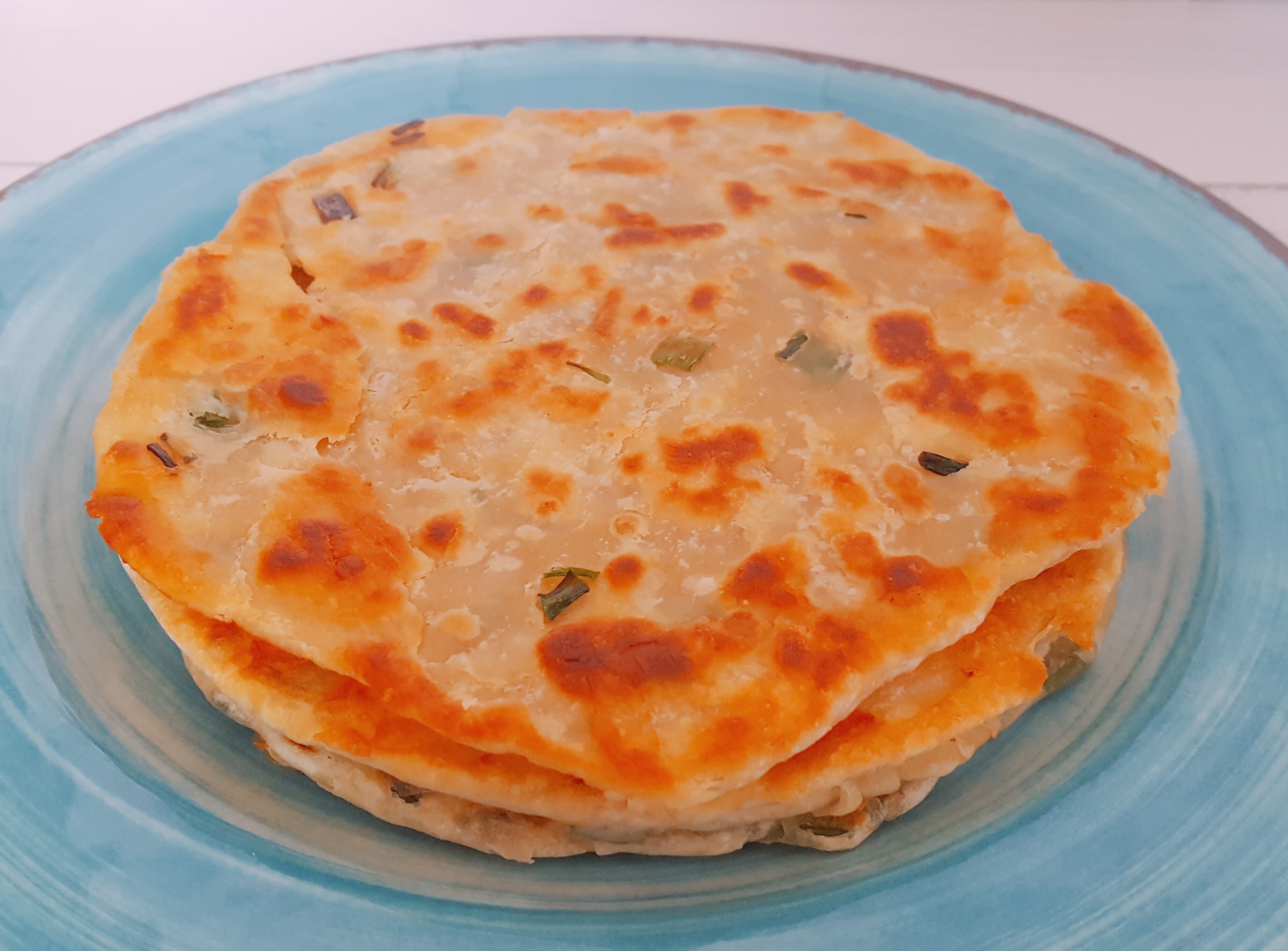 Other recipes you may enjoy: 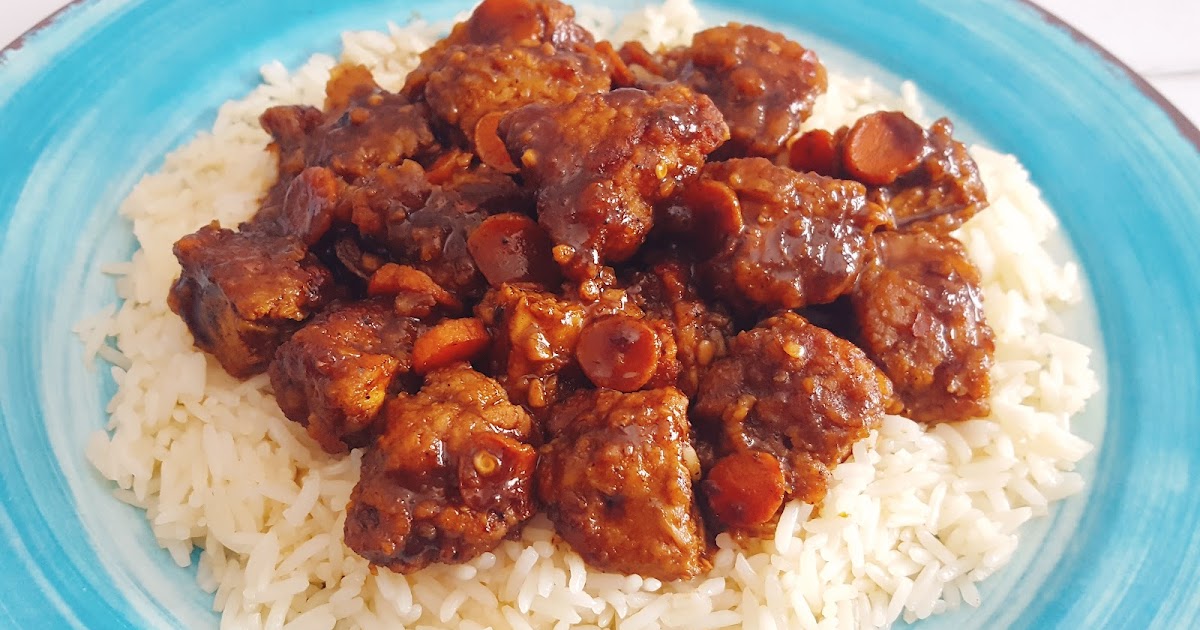 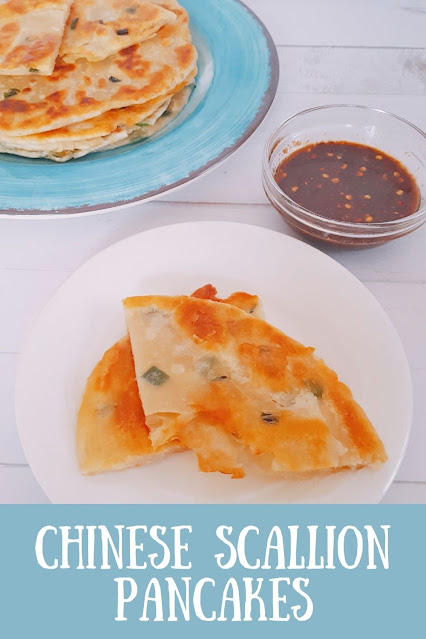